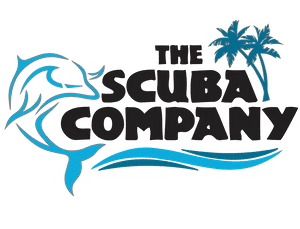 It’s no secret that The Scuba Company has some of the best instructors in not only Albuquerque but all of New Mexico. Our instructors are dedicated and, as always, are there to ensure you have a safe, happy and informative dive experience. These instructors don’t just teach to teach, they instruct classes because they all love scuba diving, and it has changed their lives in one way or another.

Jay began diving 38 years ago in central Illinois. After spending many childhood years watching the “Undersea World of Jacques Cousteau”, it was just a matter of time before he would become a certified diver and explore the underwater realm for himself. Jay has had a wide range of diving experiences in both freshwater and marine ecosystems.

Jay has dove everything from muddy-brown lakes and rivers, in the Atlantic, Pacific, and Caribbean oceans and Central America. Through all the dives, Jay has enjoyed the pristine beauty of life beneath the waves. His favorite dive destinations include Belize and Little Cayman.

In 2003, my wife dragged me to the scuba shop to take the PADI Open Water Course. I had several other hobbies and was certified by my Dad at age 9 in Connecticut (pre-PADI), dove until I joined the Air Force, so I wasn’t really interested in diving again.

Read More
Shortly after finishing AOW and PPB, Michele took a work assignment in Ireland for 10 months.  When we next saw each other I had finished my Dive Master and we were diving off the Connemara coast west of Galway.  In 2005, I completed my IE and continued training and teaching, which I really enjoy.  All of my other toys have long since been sold and all we do is scuba dive.  I heard about Operation Deep Down through a friend and volunteered Michele to help facilitate our committee meetings.  The rest is history. 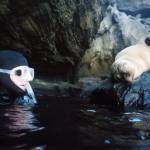 Growing up in the Air Force, Mike always figured he would end up near some beautiful ocean someday and learn to dive. Life doesn’t always turn out as we plan, so Mike didn’t expect much when he signed up for a dive class in New Mexico in 1995 at first. What he discovered was that diving can be great almost anywhere!

Some of his more enjoyed dives were in the Galapagos, Red Sea, Fiji, the Caribbean, and kelp diving in California. Local diving is also a favorite in locations like Balmorhea and Rock Lake. Blue Hole turns out to be a great place to train divers, with water temperatures that are higher than anything he has experienced in California at diving depth.

Mike started teaching in 2000 and enjoys it immensely. He is especially interested in the physics of diving and works that into his classes for deep diving and divemaster.

Most Memorable Dive: There are so many that I can’t decide! There was swimming with hammerheads in the Galapagos, a wonderful dive with Ken Cincinnati in Belize, diving with my daughter in the Red Sea, and playing with squid and octopus in Honduras with Jennifer Klecker, Giusseppe Mavralone, and Tom Waters. 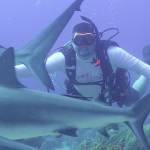 Born in Cuba, Yasmany made his way to the United States during childhood. Yasmany began his diving career totally by accident. After having studied karate his entire life, one day he walked into The Scuba Company just to see what it was about. The rest is history. Yasmany took the plunge and went from the PADI Open Water Diver to Divemaster within a year.

Read More
He didn’t stop there, moving from Divemaster to Instructor and finally IDC Staff Instructor. Yasmany is absolutely enthralled with diving and loves to share this passion with prospective and current divers. In 2017 Yasmany obtained 300 certifications, making him a PADI Elite Instructor, the only PADI Elite Instructor in New Mexico.

Most Memorable Dive: His very first open water dive in Blue Hole on November 11, 2012, it changed his life.

Rebecca was born in Cleveland, Ohio, but grew up throughout the United States. Traveling between cities and states was always fun, and so this instilled the love of traveling in her blood, and now loves to travel frequently. When she began to dive, it opened a whole new world for her, and Rebecca became addicted. She was on her way to becoming a Scuba Instructor when she met her husband, who just happened to be a diver.

Rebecca didn’t become an instructor then but continued to travel often and everywhere. After her child learned to dive, it was suggested that she become an instructor. She hopes that everyone takes the plunge and learns to dive. It will literally change your world.

Most Memorable dive: It is very hard to choose but some of the more memorable dives include an octopus climbing onto my hand in Roatan, a barracuda following me on a deep wreck and flying Eagle Rays flying in formation on a wreck dive. They have all been memorable! 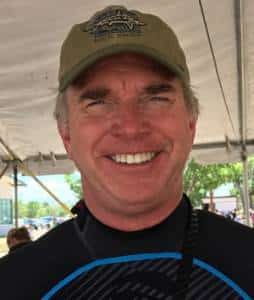 David was first introduced to the idea of breathing underwater with a scuba regulator in 1984 and remembers that experience to this day.  He grew up on the Texas gulf coast and was always curious about what was under the water. Driven by that curiosity throughout his life, scuba diving has allowed for exploration and discovery underwater.

Read More
“Everything underwater is different. The rules change. It is a place of constant learning and discovery.” To this day he constantly strives to learn more and increase his knowledge of diving and the underwater world.
Although David has had the opportunity to dive in many places, one of his favorites is right here in NM at Rock Lake.
Dives Logged: 500 +
Most Memorable Dive: Diving in Molokini Crater in Maui, HI at dusk in September of 2011.  It was better than diving in an aquarium” 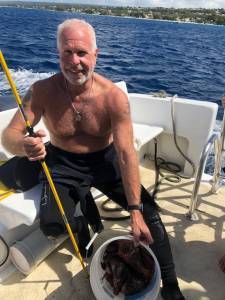 Phil spent 32 years as a USAF Flight Surgeon most of his time in fighters. He has kept up his interest in human physiology and teaching but he switched from altitude to depth.

Read More
“If I am able to give our students an appreciation of physiologic factors related to diving, I am confident their underwater adventures will be safe and fun.”

Blayne is originally from Illinois and moved to New Mexico with his family. Blayne graduated from the University of New Mexico with a Bachelors’s in Science and Art. A temporary college job in retail led to a career managing in the same store. Blayne comes to the world of diving as most do, preparing for a vacation in 2013.

Read More
Once he and his wife, Jamie, began diving they were hooked and have continued to move their diving knowledge forward. Diving for Blayne is incredibly calming, leaving all the stresses of everyday life on the surface.

Most Memorable Dive: Diving Cenotes in Mexico. They were truly like another world, diving through the mix of fresh and saltwater while admiring the stalagmites and stalactites.

Born and raised in Southern California till 18 when I joined the Army. Moved around for the next 23 years ending up in Albuquerque NM. While getting ready to retire from the military in 2017 I wanted to learn how to dive so I could go Scuba diving on my retirement vacation to Cabo San Lucas Mexico so my wife and I did some research and were certified through Scuba Company. From there, things took a quick pace and I progressed to being a Divemaster in just over a year and logging my 100th dive just 16 months after becoming certified.
Additionally, I became certified to be a Handicapped Scuba Association Divemaster.